It’s a subject that is becoming more and more relevant over the years, in truth it may be even more important than just normal literacy.  There are a huge number of  reports and surveys pointing to the low level of financial literacy among young people all over the developed world.  In fact when you see the huge debt problems that have dragged down economies and banks, then perhaps it’s time to start taking this a little more seriously. 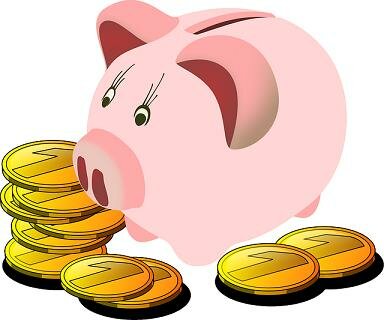 The latest survey of financial literacy of any note was conducted by CNN who looked at 15 year olds in over 18 countries.  The results were quite surprising,  with the US students ranked about midway.  The top results went to the Chinese students, but there were good performances from Belgium, Estonia, Australia and New Zealand.  Within the tables though were worrying statistics like 20% of US students didn’t even make a level of ‘baseline efficiency’.

The reality is that if a subject is  not learnt at school it is often not learnt in adult life either.  Just as not being proficient in reading and writing can cause huge issues for adults, arguably financial illiteracy can wreak even more chaos.  It’s something that worries a lot of people, that adults often simply have no idea about debt, it’s costs , how to borrow money and paying it back.  You can travel around very poor areas with high levels of debt and see individuals driving around in cars which cost multiples of their annual salary.

The survey doesn’t really suggest that Chinese have all the answers to financial education though.  The students who were studied were hardly representative of the population as a whole.  Many of the were considered ‘gifted academically’ and they were all from China’s financial centre – Shanghai where education is generally far superior to rural areas.  But perhaps the lesson is that people with wealth and education, are more likely to have more success with money in the future.

There are definitely some lessons to be learnt though from all the countries who have done well.  All of  the top performers had financial literacy elements in their curriculum from a country wide basis.  Indeed there is an extensive financial literacy effort in Australian schools who are often recognised as being pro-active in many areas of education.  For example many pupils there take an interest in European economics and news, often logging in to BBC Iplayer Australia like this -

One of the issues that the US has is that decisions on what is taught in the classroom about finance is actually devolved to the states themselves rather than being mandated from a Federal level with many opting out of these recommendations. It does seem rather crazy to ignore financial education considering the amount of chaos large levels of private debt have helped cause in the last few years.

The world is growing ever smaller, and the financial skills of citizens of every country are likely to have a growing effect on the success of a country. The Japanese economy was built on a mountain of private debt and rampant materialism, it’s spent decades in the doldrums ever since that bubble of consumerism simply blew up the economy at the end of the last century. There are some excellent documentaries around the world about the effect of high levels of private debt in many European countries – they’re accessible by using a UK VPN for the British ones in any case.