So What About Scientific Illiteracy?

We hear a lot of talk about literacy, but one of the most dangerous areas of ignorance is often completely ignored.  Scientific illiteracy is also one of the most prevalent issues in so many areas of the world today.

It often comes down to opinion, that people think it’s right to teach their own opinion as fact to children.  Simply stated science is not about opinion, you can have an opinion about art, music, religion and literature but not about science – it doesn’t work like that. 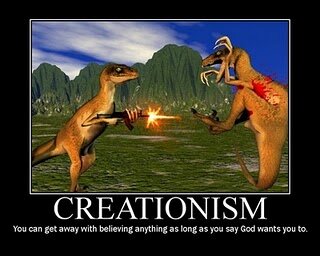 If enough people start spreading scientific nonsense it can end up creating a host of problems.   Ignorance in science can actually be very dangerous, in fact it can even cause deaths.

The most obvious situations where bad science can cause harm is of cause in medicine and health.    Take for example the belief that a vaccine is linked to autism, many people believe this without virtually no real evidence.  A belief like this can easily be perpetuated and each year there are thousands of needless deaths from various conditions which could easily be prevented by a childhood vaccine. There’s the problem – it’s fine believing something is true based on solid facts, research and reason – but if you believe just based on opinion well that’s just dangerous.

Which leads us to another obvious example of scientific illiteracy – the worrying growth of creationism.  In fact if you visit the Glendive Fossil museum you’ll see a whole building of made up rubbish masquerading as real science.  It’s role is to display fossils and dinosaurs in the context that the world is only a few thousand years old.  That man walked alongside the T-Rex at this time both having being created at the same time.

One of their aims is to disprove evolution, a theory that is so overwhelmed with evidence that it’s virtually impossible not to believe.   It would be very difficult to find a more widely supported scientific theory yet there are still millions of people who choose to believe it’s wrong despite all the evidence.

If you visit the museum you’ll find lots more nonsense to explore – how about the Grand Canyon being produced by a single event?   Yes a global flood is said to have created this national landmark and not the Colorado river which most people who have a proper functioning brain believe.  There’s also some serious comedy about how Noah fitted the entire animal world on his ark – they were all apparently hibernating to make it easier!

Fortunately most of us can laugh at places like a creationist fossil museum, but it is portrayed as serious and scientific.  The museum was going to join the Montana Dinosaur trail until thy changed their slogan to “150 million years in the making” which didn’t sit too well with their portrayed lunacy.

There is plenty of real scientific evidence on the internet too, but you should be careful where you search.  There are plenty of religious sites that portray ‘made up science’ as fact and truth – it often seems plausible if you don’t actually engage your brain.  Look for proper, traditional forms of scientific research – Universities, real museums, academic sources.  Even the media has good and bad sources – try looking across the water at the BBC for some great documentaries on a huge variety of science subjects – this YouTube video shows you how to access it from the US.

The author would like to point out that his views on creationism are much stronger than pointed out here.  You can see more videos on technical workaround using proxies and stuff here.